The Gaming Equivalent Of A Kickaround In The Park

News and important info, general banter, and suggestions for 5punk

Just read a thing on FF and it got me to thinking about gunblades. The thoughts are now buzzing about my head so I am going to try and purge them here.

Whenever the subject of gunblades comes up someone will often point out how silly they are. I have generally been of the opinion that yes, they are massively silly, but they are also cool looking. They are pretty much exclusive to anime, and in anime cool looking trumps realism every time, so it doesn't matter.

I've been giving it some thought this morning on the Thinking Throne and slightly revised my position. Here is my reasoning.

The complaints against gunblades are generally thus:

Firstly, i'm not sure the above complaints rule out gunblades as a concept so much as specific kinds of gunblades. Yes, combining a greatsword and a sniper rifle is not going to work well. However, I could see the advantage of having a combined short sword and shotgun (short barreled, like a sawn off). Aiming wouldn't be so much of an issue, as you are only talking short range and aiming is going to be of the "hit everything in that general direction" kind anyway. The mechanical aspect of a shotgun is pretty damn simple, so it shouldn't be too easy to break, and if you are having an up close sword fight I can imagine having a shotgun go off inches from your face is going to fuck up your riposte even if it doesn't hit you at all.

In fact, whilst the impact of blocking an attack might damage the gun, lets not forget that there's a lot of real world swords where directly blocking an attack (your sword at right angles to thiers, stopping all the momentum of their blow dead) is a bad idea. Despite all the mythology that surrounds them, katanas (for example) are actually pretty fragile. At best blocking like that will put a nasty nick in your sword, at worst it might snap clean in two. Thats why its almost always preferable in sword fighting to deflect a blow instead, pushing the incoming attack to one side so it misses you rather than trying to take the full impact of the attack. That puts much less horse through the sword. You often see people in films smacking people with the but of thier rifles or whatever, and I doubt there is much difference between that kind of impact and properly parrying an attack. (Before someone says that it depends on how heavy the attacking sword is: sure, but if someone swings a bloody great zweihander at you, you don't parry. You get the hell out of the way)

But lets go one further. The complaints above pretty much assume that the world with the gunblade in has a similar level of technology to our own. Looking at the rest of the world in which gunblades find themselves usually shows that isnt true. So maybe they have advance materials and manufacturing techniques available to them. If the blade was made out of some kind of superstrong, superlight alloy then having two feet of metal sticking off the front of your gun wouldn't be as much of an issue. In fact, this would also explain how characters with wrists the width of my little finger can use swords that look like someone has put an edge on a blast door. The gun could have some kind of dampening built in to protect it from damage and self correcting sights. In worlds that are usually both sci fi *and* magic infused this doesn't seem like that big a stretch.

No particular point to the above, just wanted to vent it from my skull.
Top

In Final Fantasy they weren't necessarily combined weapons, Squall's one in VIII didn't shoot bullets - pulling the trigger vibrated the blade (to generate crits), Claire's one in XIII transformed between gun and blade. However Pistol Swords really did exist.
Top

Dog Pants wrote:A sword with a handle like a gun would require spaz hands to fight with.

I suppose if you were beadle-handed, you could use your big hand to hold the trigger, and the little one between foregrip and sword for extra stability without making the contraption too big.
Top

Dog Pants wrote:A sword with a handle like a gun would require spaz hands to fight with.

I suppose if you were beadle-handed, you could use your big hand to hold the trigger, and the little one between foregrip and sword for extra stability without making the contraption too big.

I think this is an idea worth pursuing.

Not really. If we are talking something pistol sized then a kukri has a very similar shape to an old flintlock, so that would work fine. If we are talking something bigger then the guard of the sword could double as the guns handle (really big swords often have a blunt grippable bit in front of the guard for holding on to anyway, so there's a foregrip for the gun, and a big sword can have a big grip, so there is something to brace against your shoulder)
Top 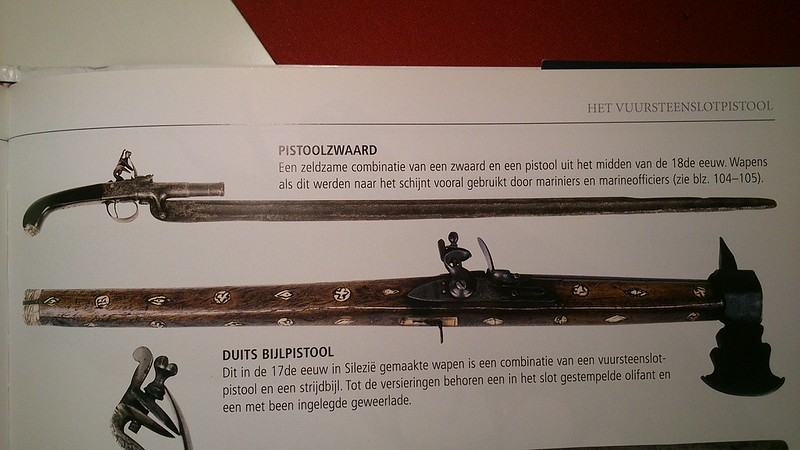 
And why stop at swords? Why not put guns on everything? 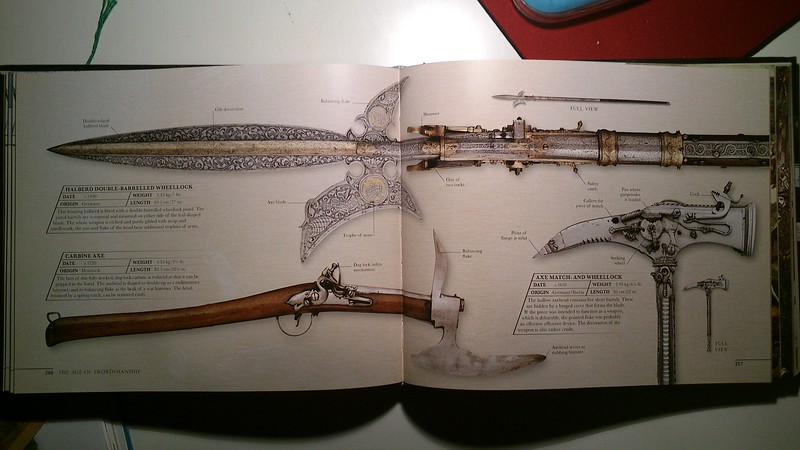 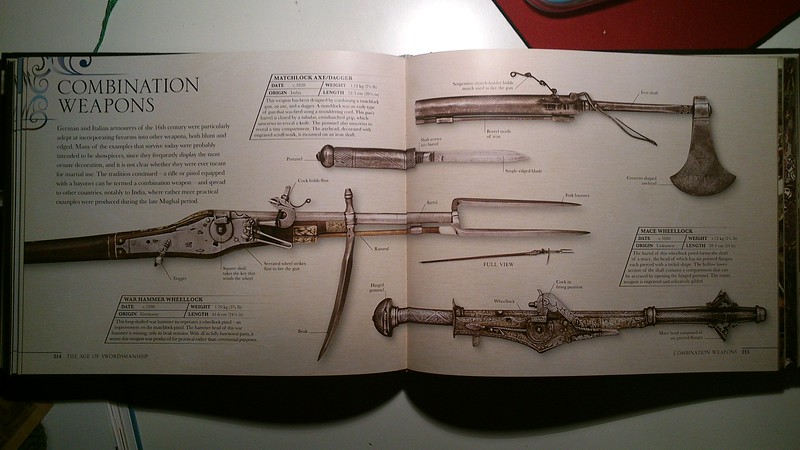 Or a god-damned pocket knife? 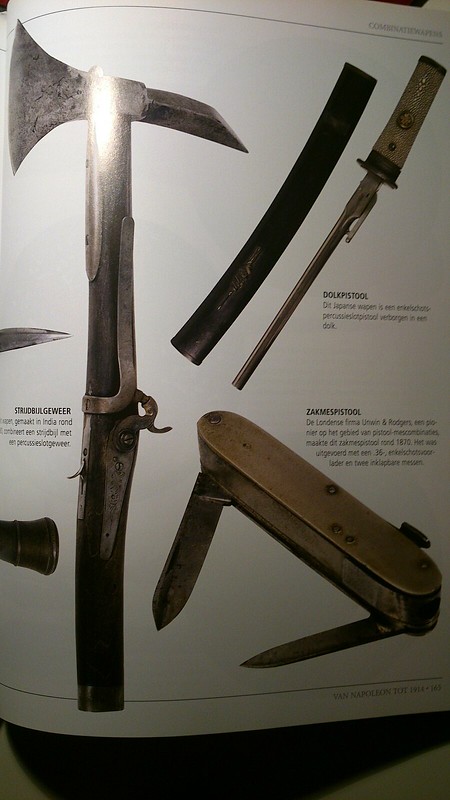 When the heavens open up on you, shoot back. 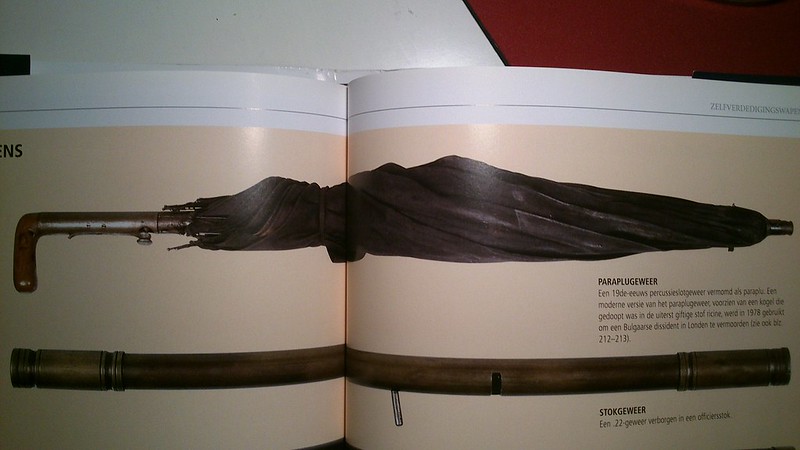 Or why not combine all your favourite weapons into one superweapon? 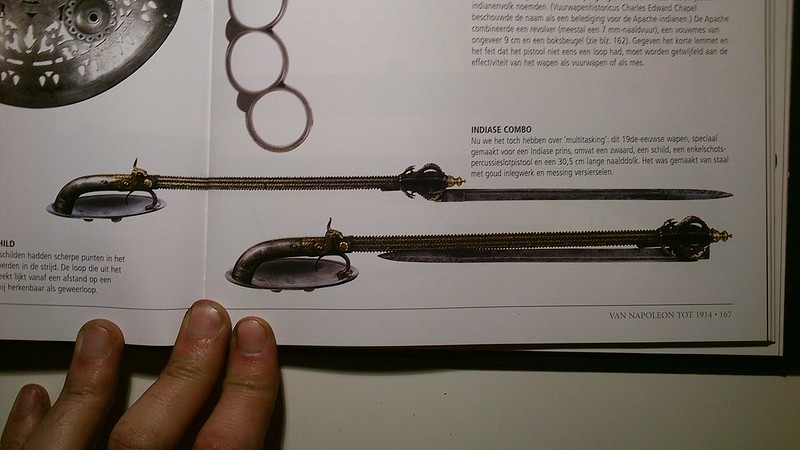 How do you lock your doors at night? Like a pussy? Don't be a pussy, close your doors with this handy gun-key. 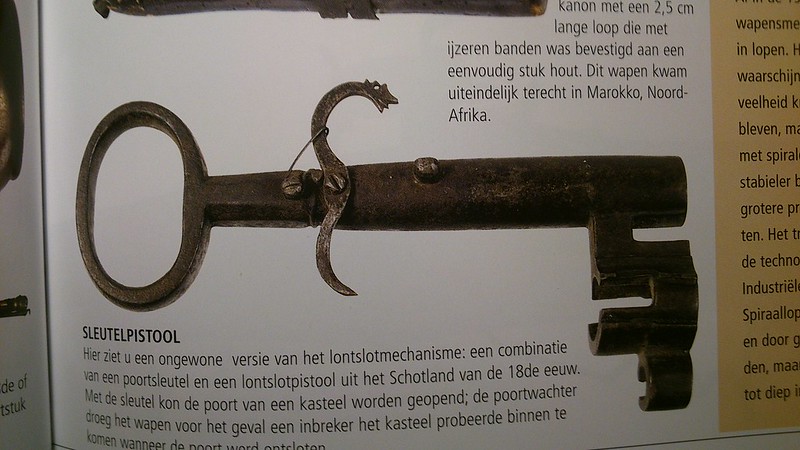 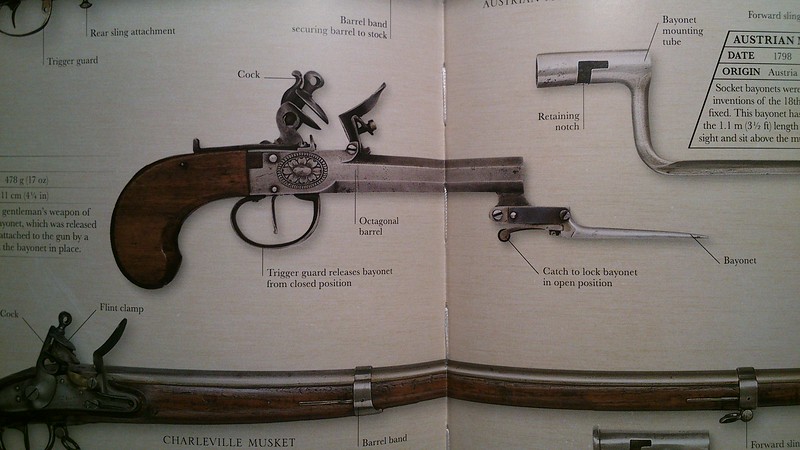 Fun fact on this topic, Henry the 8th had a morning star with guns in it called Henry VIII's Walking Stick and used to wander around London at night checking on the local Police officers.
Top